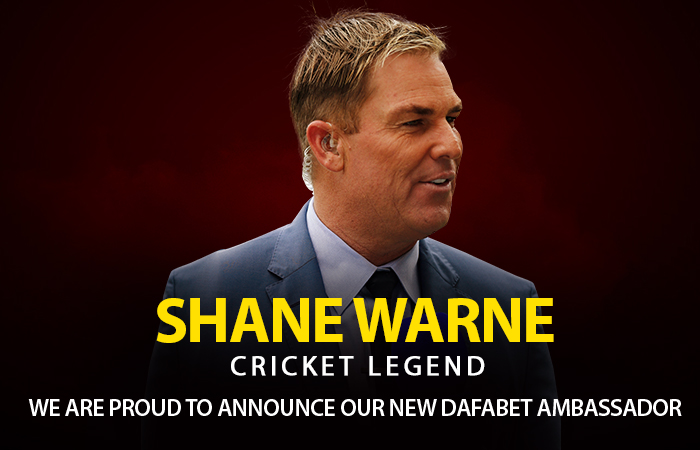 Shane, recognized as one of the top five cricketers of the twentieth century and regarded as one of the ‘true greats’ of cricket: viewed by many as the greatest bowler of all time – taking over 1,000 international wickets, as well as a talented, prolific scoring batsmen – with over 4,000 runs in his career, retired from the game in 2013 but remains a leading personality in international sporting circles.

Announcing the appointment, Mr. Dimitris Karatzas, Chief Executive of dafabet said that the company was delighted to have as its main sports ambassador, a sportsman of Shane’s caliber.

“Shane’s amazing achievements in cricket and his ongoing profile in international sport, fit well with the dafabet brand and our aspirations for continued growth internationally. It’s an exciting partnership and we have big plans for the future and that is why we wanted an extended five year agreement with Shane to start!” added Karatzas.

Dafabet: Dafabet is Asia’s leading online betting site and home to some of the best gaming products on the web, including Sports Betting, Online Casino and Live Dealer. Its sports offering boasts the best experience in betting across a multitude of events across football, basketball and tennis, and in particular, its in-depth cricket product features a huge array of markets and leagues to bet on, both before, and live during matches. Dafabet holds multiple licenses from all over the world including the Philippines, UK and Curacao.